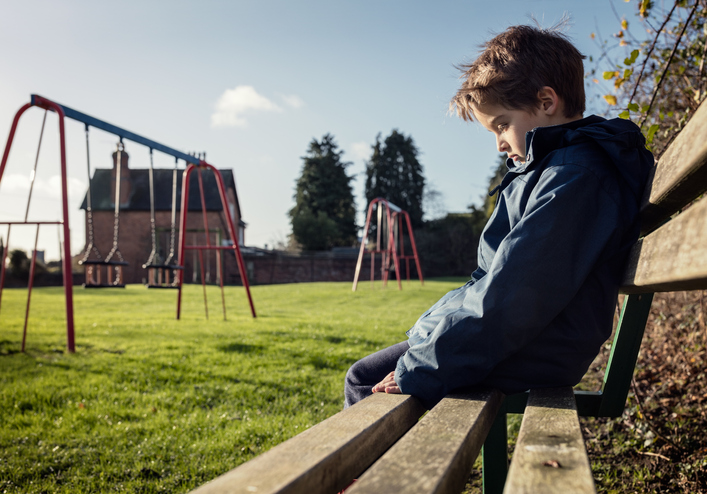 By Carl Nassar
in Children

While many of us have experienced being bullied as a child, to write this off as just a normal part of childhood may not give it the understanding it deserves, as studies have shown that many adults still experience the mental impact of having been bullied as a child. Some experts even go so far as to suggest that when it comes to mental health, bullying is potentially as harmful as child abuse.

Some mental health problems that adults experience later in life, such as post-traumatic stress disorder, or PTSD, may be relatively easy to recognize, while others may not be as easy to spot. Bouts of anger with no known cause or feeling inferior to others are just two examples.

It’s generally recognized by those involved in the mental health profession, that victims of childhood bullying often go on to experience symptoms of anxiety, compared to those who were not bullied, and often experience social anxiety; the risk of developing a personality disorder is also increased.  Depression is also another common consequence of childhood bullying, and if you recognize any of these symptoms in yourself and you have a history of being bullied, there may be a link between the two.

What about the more subtle symptoms of childhood bullying?

While someone suffering from severe anxiety or depression may see a counselor to help them cope with the present and deal with their past, for those suffering from some of the more subtle symptoms of childhood bullying, such as trust issues or low self-esteem, they may be less inclined to do so.

Bullying can also lead to other health problems, such as alcohol and drug abuse, social withdrawal and trust issues that hamper both an individual’s personal and professional life.

What can you do to help deal with past trauma and move forward?

If you begin to realize that sudden bouts of anger or low self-esteem may be attributed to being bullied as a child, then one of the best and most effective ways of dealing with this is through talking therapies. While some individuals who were bullied may feel that confronting those who bullied them might help them deal with the past, this is highly dependent upon whether the bully feels remorseful and apologizes; in some cases, a leopard doesn’t change its spots, even as it grows, and contacting the bully or bullies may do more harm than good. For that reason, it’s always best to seek professional help before taking matters into your hands.

What happened to you as a child doesn’t have to have a negative impact upon your mental health as an adult, and if you seek help now, you could begin learning how to make sense of the past, and put it firmly where it belongs; behind you.