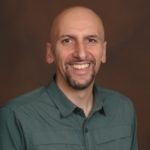 Carl founded LifeStance Health in 2013, with the hope of removing the barriers people encounter when reaching out for mental health care. In the early years, Carl was a jack-of-all trades, doing everything from installing printers to opening mail to seeing clients, and has slowly matured into the role of running a mid-sized organization with a healthy delegation of responsibilities.

LifeStance Health grew out of Carl’s own private practice, where he routinely (and disappointedly) told many potential clients that he had a full caseload, and was unable to offer care. Saddened by seeing all these people he couldn’t help, Carl decided to grow his one-person practice into a few, then a team, and now a large group of providers who can together say yes

Prior to his six years at the helm of LifeStance Health, and his thirteen years running his own practice, Carl was a tenured professor at Colorado State University, in a completely unrelated field. However, during that time, Carl built a million-dollar research lab, managed a team of six doctorate and masters level students, won a wide range of awards from the university, the state, and private industry, and, most importantly, learned what it was like to build something meaningful from the ground up.

When not sitting in his command center issuing orders with a Picard-like “make it so” (okay, not really), Carl enjoys time with his wife, daughter, and three cats. He’s grateful for the good people at Heart Centered, his engaging family life at home, and for the beauty of the state he calls home.